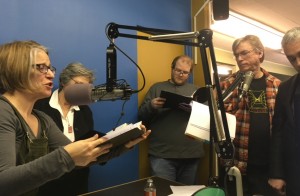 I’m continuing to record (and eventually write) with Nutmeg Junction radio show and doing more voiceover acting this summer. If you’ve missed any episodes, they can be found at NutmegJunction.com. So far, I’m in many episodes, including numbers 1-5, 15 & 16.  Of course, all the episodes are fantastic!

and CROC Radio in Kimberley, Canada

We have been on the air since March 31st, 2018 and there have been over 30 vocal artists who have shared their talent and performed on the program. 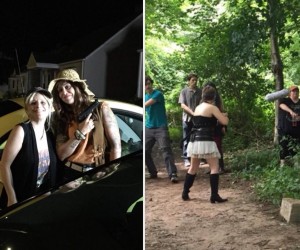 This weekend I participated on a short film for the 48 hr Film Project. I got to co-write and act in a short called “Everyone Bleeds.” Yep, that’s me  in the long boots in my first ever sword fight!